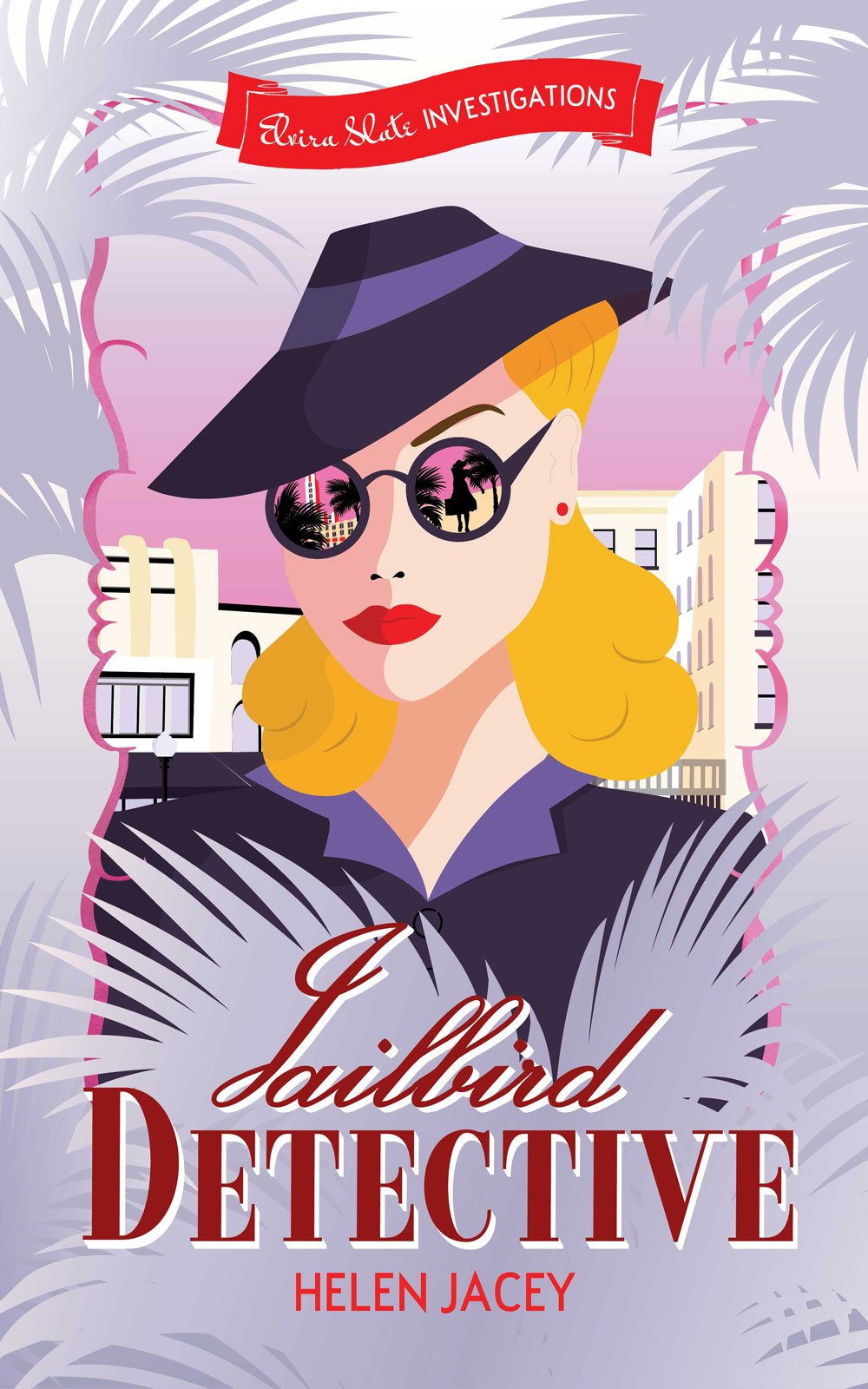 An excon from London trades Holloway Prison for Hollywood to become a private detective. Can she get away with it?

VE Day, 1945. Released after five years in jail, Jemima Day jumps parole with one thing on her mind:  payback from her ex-fiancé, gangster Billy.  But her plans are foiled when the Little Italy mob attempt a brutal execution. Jemima narrowly flees for her life. Now both the mob and the British Secret Service are on her tail, both believing she is guilty of crimes she did not commit.

Three months later, Jemima arrives in Los Angeles to make up the lost years of her youth. She checks into upmarket hotel The Miracle Mile and tries to forget the shadows of the past. But corrupt LAPD vice cop Lauder busts her fake identity and offers Jemima a choice: face the noose in England, or work for him. Jemima becomes Elvira Slate, the last in a long line of fake identities, and runs errands for Lauder in LA’s underbelly.  She plays a long game, determined to escape his clutches.

When Elvira discovers foul play involving the murder of innocents, she is outraged law enforcement turn a blind eye. Elvira takes matters into her own hands, seeking justice for the slain. The case leads her into a Hollywood labyrinth of lies, corruption and deceit. With the mentorship of senior Hollywood detective Beatty Falaise, Elvira finally believes she can redeem herself.

Can Elvira catch the killer before more innocents die?