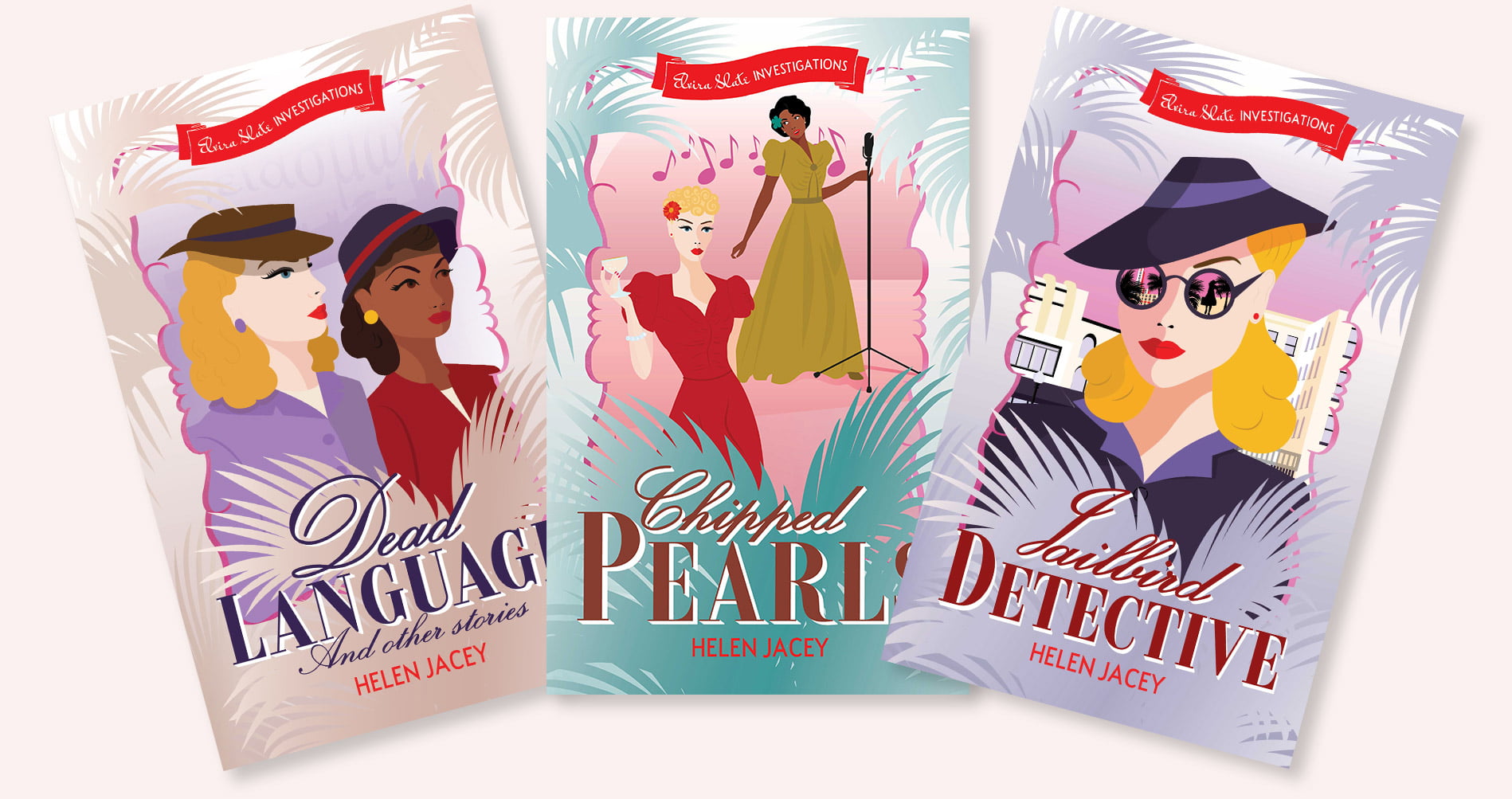 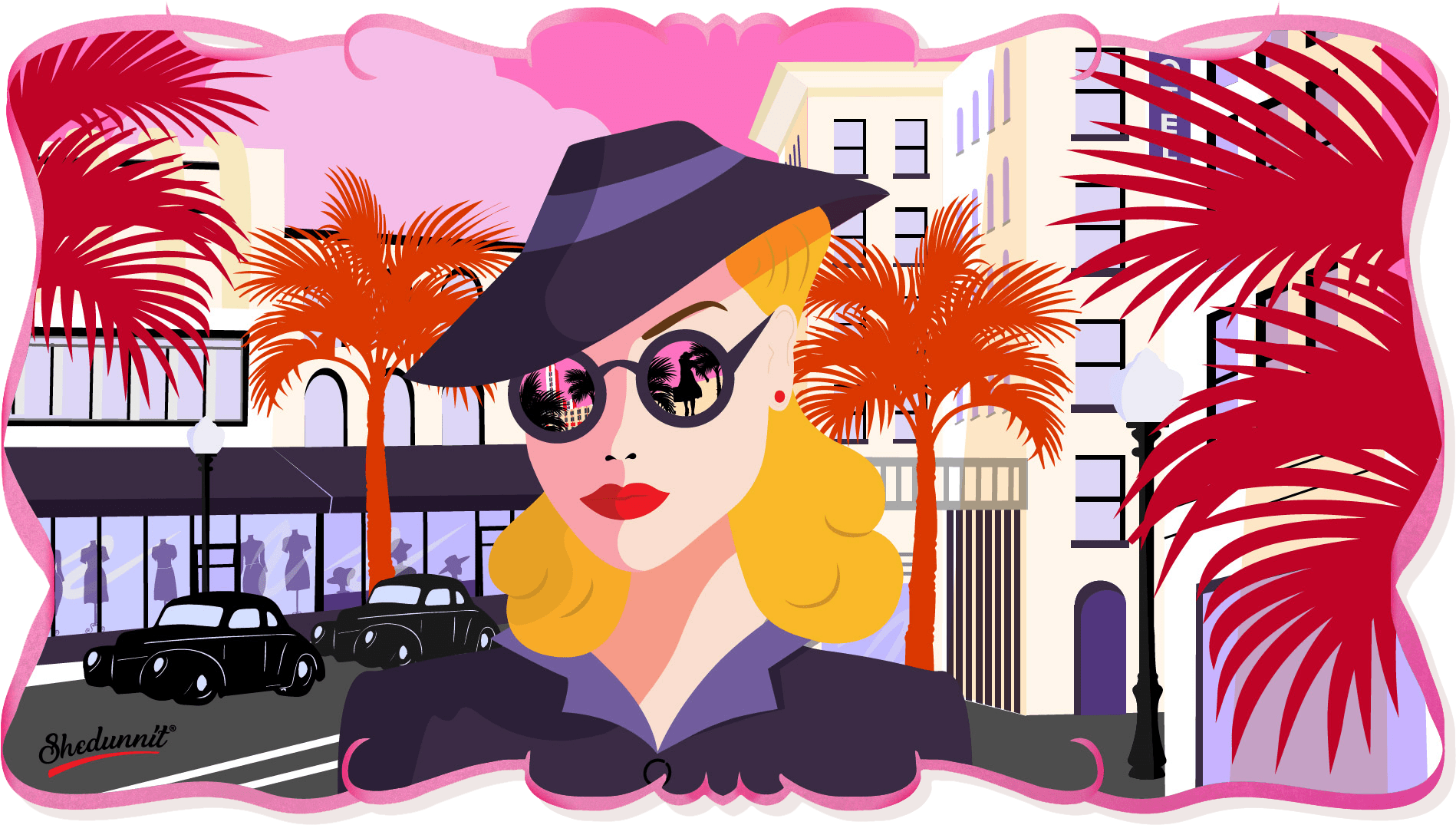 And welcome to Elvira’s thrilling 1940s world. Here you can find out all about our gripping mystery book series Elvira Slate Investigations, the characters, haunts and hideaways, and lots of other fabulous features.

Elvira Slate is the first 1940s noir female detective. She will stun fans of other 1940s sleuths like Raymond Chandler’s Philip Marlowe.

No stranger to injustice herself, Elvira Slate brings grit, guts and determination to solving mindboggling cases. Set in a hidden Los Angeles world you have never seen before, each thrilling novel in the Elvira Slate Investigations mystery series is packed with unforgettable, diverse and original female characters.

This is Golden Age crime fiction that rejects the sexism, ageism, racism and homophobia of the most noir fiction of the Forties; this is inclusive crime feminist fiction.

Creator Helen Jacey says ‘Elvira Slate is the character I always wanted to meet, a 1940s noir female sleuth who is outsider heroine, crime buster, and feminist vigilante in one.’

Stay ahead of Elvira’s adventures, new releases, talks and events by signing up to our mailing list to receive our newsletter.